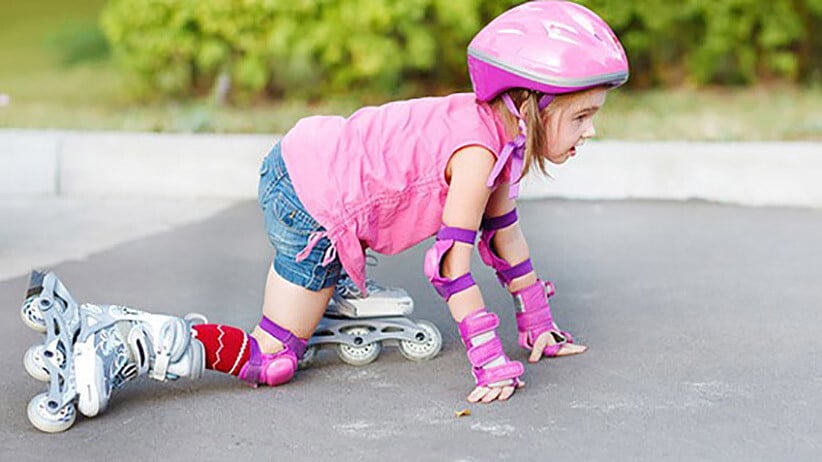 WHY ENTREPRENEURS SHOULD AIM TO FAIL — THAT’S RIGHT. THEY SHOULD ACTIVELY SEEK IT.

When you come out of a tough situation and realize you weren’t crushed by it, you’ll be stronger.

Here’s a viewpoint that might cause you to do a double take: Activelyseeking rejection means you’re learning, adapting and getting that much closer to your destination.

Before you click away, just think about this a moment: Entrepreneurs are innovators: They defy conventional wisdom to find ways to improve it, and they challenge assumptions to approach a given industry or need from a unique perspective. They live at the intersection of innovation and practicality. For them, failure is a necessity to reach success.

So, maybe failure’s “teachable moments” are actually worth striving for because they help you attain that innovation.

Two entrepreneurs in Michigan have recently explored this idea. And, as a result, they’ve taken the embrace of failure to the next level: Jordan O’Neil and Jonathan Williams co-founded Failure Lab, an event that actually encourages participants to share stories of their biggest failures in their personal, academic and professional lives. The two men emphasize that the event isn’t just about comparing failures — it’s an exercise in learning from them and becoming more resilient after them.

Each failure an entrepreneur encounters is a lesson; it’s a learning experience to help grow and succeed on the next attempt — and the attempt after that. Accepting failures as a critical element of doing business is essential for entrepreneurs on the path to success. Here are the steps to take on that path:

I’m an advisor for several companies and fellow entrepreneurs. Working with entrepreneurs is one of my passions, and as an active angel investor, I speak with startup entrepreneurs and founders regularly. In short, I’ve seen many people — including myself — experience failure.

But that’s not a bad thing: Getting rejected means we’ve taken action to get ourselves closer to our destination and enables us to learn and adapt. Consider this “fail” acronym: Frequent Adaptation Inspires Learning. It’s about changing your perspective and how you see failure.

In his book Thinking, Fast and Slow, Daniel Kahneman, whose work in cognitive neuroscience and rationality earned him the Nobel Prize in economics, unraveled human thinking. He described the many “cognitive biases” that people live with; he illuminated how our brains seek to reduce complexities into familiar, simplistic alternatives. While this thinking pattern might be helpful for someone going about a daily routine, it can stifle innovation. When it comes to entrepreneurship, there must be a willingness to experiment.

Failure, in other words, helps inform the thought process behind experimentation. Sometimes, the only way to know how an idea will work out is to try it. If it doesn’t work, that result signals that it’s time for a new approach.

Success requires the ability to execute. Most of the time, the actions required of an entrepreneur make rejection a distinct possibility. Room for failure exists everywhere, from learning something new, to selling products, to asking for venture capital, to taking out a business loan — and even to telling friends and family about a new idea. But the next time you’re facing a meeting or experience that might go downhill, remember these benefits you can take from rejection:

Through a mutual acquaintance, I recently connected with an aspiring fashion entrepreneur. She wanted to launch a shoe line and asked me for advice on how to start her business. She confided to me that rejection — failing to sell the shoes she designed — was her biggest fear. My advice to her was simple: Feel the fear, and do it anyway.

Of course, a startup’s beginning stages are a delicate time: In fact, 25 percent fail during that initial year, and 50 percent follow suit within another three years. But it’s important to persevere. While my new acquaintance might not make a sale on her first call, or even on her 50th, she’ll improve her skills and her pitch each time and thus get better at dealing with objections.

“Feel the fear, and do it anyway” is the mantra for my team. No one likes rejection, but you quickly learn that you can survive it — and that most of the time, the outcome isn’t as bad as you imagined. Even Arianna Huffington faced several rejections before she found success: Her book was turned down by about 40 publishers, and her gubernatorial campaign in California netted less than 1 percent of the vote. But soon after that, she launched The Huffington Post, which became one of the most-read news sites online.

All entrepreneurs must master the technique of pushing forward despite their fears. If your fear of rejection immobilizes you, you won’t be successful.

Carol Dweck wrote a popular book called Mindset: The New Psychology of Success, in which she discussed a concept known as the “growth mindset.” A growth mindset requires recognition that you can always improve through a willingness to push yourself beyond what is known and to  master the most important life and business survival skill: adaptation.

The key to using rejection as a tool for adaptation and success is changing your perception. Remember that every rejection and failure brings you closer to success. Experimentation is vital to successful innovation, and failure is a part of experimentation. Milton Hershey, remembered for the massively popular brand of sweets that bears his name, opened three different candy companies before he found the recipe for success with the Hershey Company.

People who aren’t willing to adapt will forever be stuck in one mode of thought. Instead of thinking of failures as just “bad,” focus on the lessons you can learn from each setback — lessons about your process, about what’s working and what isn’t, about thinking. With every rejection and failure, you will learn how to adapt and be successful on your next shot.

When I started my first business, my team spent more than a year trying to secure a large client that would change the game for us. As a client, that target company was way beyond our scope, but we wanted to sell media on its behalf. We spent that entire year making calls, scheduling meetings and flying to the company’s office, only to repeatedly hear the word “no.”

After being refused at least 25 times, my team and I went to meet the company’s executive team at a conference. Our goal was to secure a 50/50 split contract to share revenue evenly. We spent the entire presentation sweating as the potential client picked apart our entire business. But, guess what? We closed the deal.

If we hadn’t been persistent, despite our numerous failures, we never would have succeeded.

Rejection builds resilience and mental toughness. When you face rejection, push yourself through that place that makes you uncomfortable, and strive to be poised and confident through those stressful calls and pitch meetings. When you come out of a tough situation and realize you weren’t crushed by it, you’ll be stronger as you move toward the next one.

I’ve spent much of my career in digital marketing and technology — a sector where those who don’t push the boundaries or innovate won’t see success. Change moves fast in tech, so failure and rejection are abundant there. But if you seek to create a culture that understands and embraces that brisk forward pace, your failures will lead to adaptation, evolution and, ultimately, success.