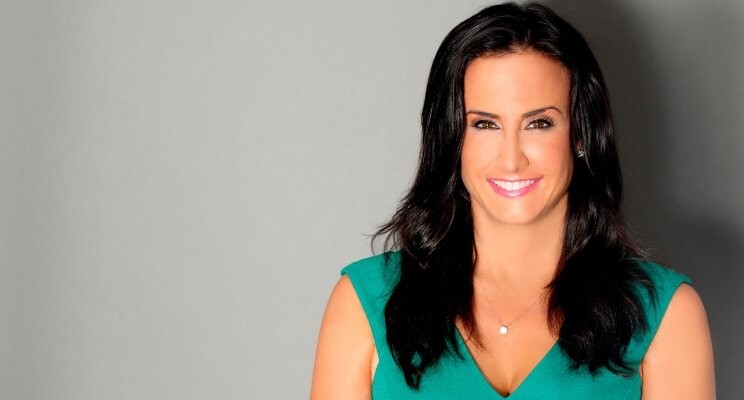 3 Ways Vision Can Act as the Key to Success

As a successful entrepreneur and investor, I am convinced that one of the most important keys to success is having a clear vision. When people hear the word “vision” in the context of entrepreneurship, they think of a grand plan or some organizing principle for action.

However, vision is just as (if not more) powerful when used in a more literal sense as a road map to success. I’m not alone in this belief: In a survey of 2,631 CEOs and founders, 61 percent chose vision out of 23 options as the trait most vital to entrepreneurial success.

Visual input impacts all of our actions and reactions. If we can’t see something, we struggle to relate to it. Even when there are instructions to the contrary, we try to convert messages into visual images. If I say, “Whatever you do, do NOT think of a pink elephant,” what happens? The suggestion is converted into an image as the visual imperative overrides any other conscious instruction.

Vision is key to action: You have to see, literally and metaphorically, what you’re trying to achieve. And I have found that successful entrepreneurs use vision to motivate action. Here are three ways you can integrate vision into your routine and become more successful:

1. Visualize tasks to improve your focus.

The game has its ups and downs, but you can never lose focus of your individual goals, and you can’t let yourself be beat because of lack of effort.” — Michael Jordan

Sight drives not only focus, but also awareness. If something isn’t visible, it’s easy for you to lose it in the mass of visual and sensory input in today’s hyper-distracting world. People often have their attention diverted and take their eyes off the metaphorical prize — and more importantly, off their to-do lists. Keeping your eyes on your long-term goals is essential, and while vision can help you stay connected to the big picture, it’s also necessary to be connected to the little picture — i.e., what you have to do right now.

This translates into a task that’s incredibly simple but that most people fail to do: Write down what you have to do right now. Writing it down makes the task visible, not just some abstract concept rolling around in your mind. The sheer act of writing down the task will help you define (and even refine) it. Imagine going grocery shopping without a list: You would have a vague idea of what you needed, but you might also be more prone to impulses depending on context. Your purchases might be related not so much to what you need, but to what the store presented to you.

A study conducted by the Harvard MBA program, for example, found that the 13 percent of students who had unwritten goals earned double what the 84 percent of students with no goals in mind did 10 years later. If you’re doing the math, you’ll notice that we’re missing 3 percent of the students surveyed. That 3 percent? They had specific goals, wrote them down, and earned on average 10 times more than the rest of their classmates put together.

Dr. David Kohl’s research reveals a similar theme. Only 3 percent of Americans have written goals, and just 1 percent review those written goals regularly. But the vast majority of people are missing out on the benefits of the habits of these select few: the people in that 1 percent are some of the country’s highest achievers.

Writing down your goals is a very productive behavior, but sometimes it’s even more important to write down your specific tasks for the day. The more specific you can be in your visual representation of the task, the better. It helps you stay in the here and now and avoid getting distracted by more abstract thoughts like strategic planning.

Inevitably, there will be individual variation. A highly visual person might actually draw a picture of a mind map or some other task representation, whereas a more verbal person might simply write down what she has to do. However you do it, putting your actions down on paper in the form that is most meaningful to you will enhance your execution ability.

2. Anticipate experiences by visualizing them.

“The man with no imagination has no wings.” — Muhammad Ali

Visualizing yourself executing actions is a powerful practice that goes beyond just thinking about what you have to do. Many elite professional athletes from all sports will testify to the power of visualization. Ali himself was known for going over his fights in his head prior to actually stepping into the ring. He predicted the outcome of 19 fights aloud — and 17 happened precisely as he had declared they would. Ali may not have called this technique visualization (he dubbed it “future history”), but the results were the same.

When we imagine performing a task, areas of the brain that are used to actually execute the task are activated. So when you imagine successfully shooting a free throw, navigating a tricky slalom course, or sinking that putt, you might not be doing the motor movements involved in those actions, but you are activating areas of the brain that are involved in their execution.

In one study, subjects who simply visualized doing an upper arm workout increased their bicep muscle size. And additional research suggests that mental practice can help with behaviors that don’t involve the coordination of complex movement, like the development of self-control.

Visualization is also likely to help you anticipate issues you hadn’t noticed previously. For example, visualizing yourself giving a talk or practicing in the mirror and visualizing the audience might help you uncover parts of the presentation that aren’t as fully prepared or developed as they should be. It can also help you think about parts of your presentation, like nonverbal behavior and movement, that wouldn’t be apparent if you just wrote the presentation down once and called it ready to go. Visualization introduces an experiential element to practice that goes beyond just a conceptual checklist.

“Even in an organization that’s doing something big and bold, there’s the mundane, day-to-day execution work of keeping it going. But people need to stay connected to the boldness, to the vision, and stay plugged in to the main vein of the dream.” — Peter Diamandis

Simon Sinek is famous for boiling this down to one simple idea: It’s not a company’s product that gets purchased, it’s the “why” behind the product and the company itself that leads to success. A company shouldn’t strive simply to interact with people who need its product; it should be seeking out those who have a shared belief system.

The execution of a task is directly related to its meaning. If you can’t see how what you’re doing right now relates to your overall goals, you probably won’t be very enthusiastic about doing it. Engagement is about understanding the purpose of your activities.

This has implications for your entire organization — along with your clients, partners, and customers. Your vision is your “why.” Keep the effects nonverbal communication can have on morale and employee productivity in mind, too.

This attention to visual details simply helps ensure that everyone is working toward a goal, not just “doing a job” or collecting a paycheck. Your whole team needs to know the value of the work they are doing; they need to understand the “why.”

Vision, both literal and metaphorical, is a powerful force, and paying closer attention to how you’re using your vision can significantly improve your road to execution. And in the end, execution is what matters. Use vision properly to take action right now: That’s the key to success.